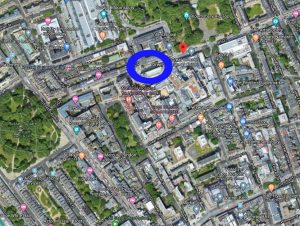 Three million litres per day of drinking water were leaking from a 16-inch cast iron pipe buried 2.5 metres beneath Guildford Street, next to the historic Great Ormond Street Hospital in central London, and it was discovered amid an intensive hunt for leaks across the capital’s trunk main network.

Before the leak was fixed, the water was running down a void underneath the road, before flowing to a surface water sewer and back into the River Thames. The area is constantly busy with heavy traffic and a quick and accurate solution to locate the burst was necessary so repairs could take place as soon as possible.

Using skilled leakage engineers and Gutermann’s Trunk Main Correlator (AQUASCAN TM2) the leak was quickly pinpointed. It took almost two weeks for the complex repair in Guilford Street to be carried out safely with specialist teams working extended hours to minimize disruption for nearby residents.

Tim McMahon, Head of Water Networks at Thames water, said “This is one of the biggest underground leaks we have ever had located, and it was great work by the teams to find and repair it.”

“Three Million litres a day is a significant amount, so we are delighted to have had it located and repaired.”

The AQUASCAN TM2 screenshot shows the high quality of the correlation (strong, narrow peak), the automatically determined frequency range in which the leak noise was most present, and the accurate location of the leak over a full distance of 400 meters. 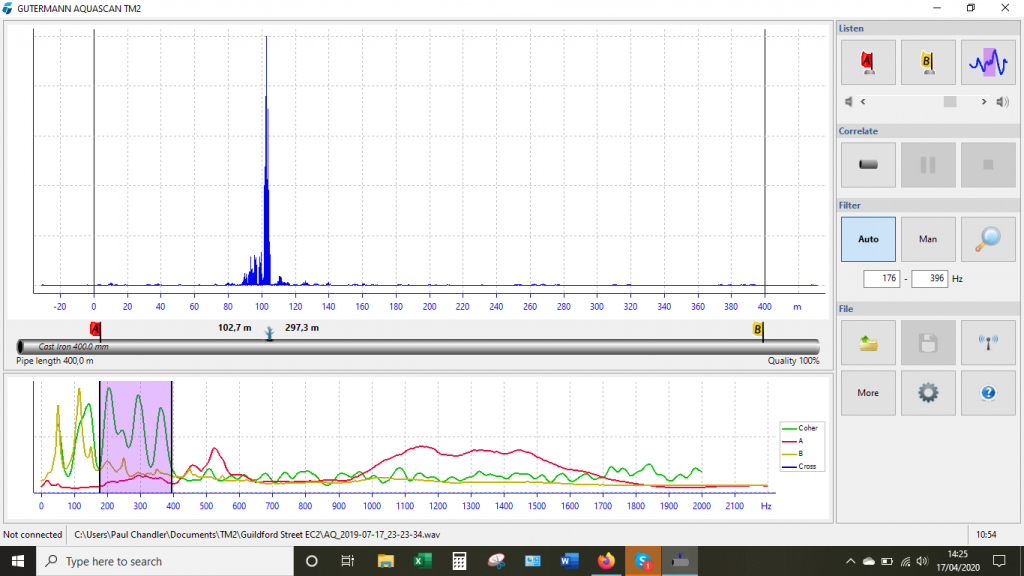 Once the technicians were satisfied that all correlations had been analysed and velocity checks had been performed the excavation was then confidently carried out with great success. 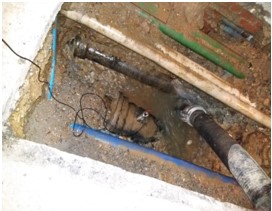 This case study can be downloaded as PDF here.